Onion rings and I have a few stories to share. We go way back. 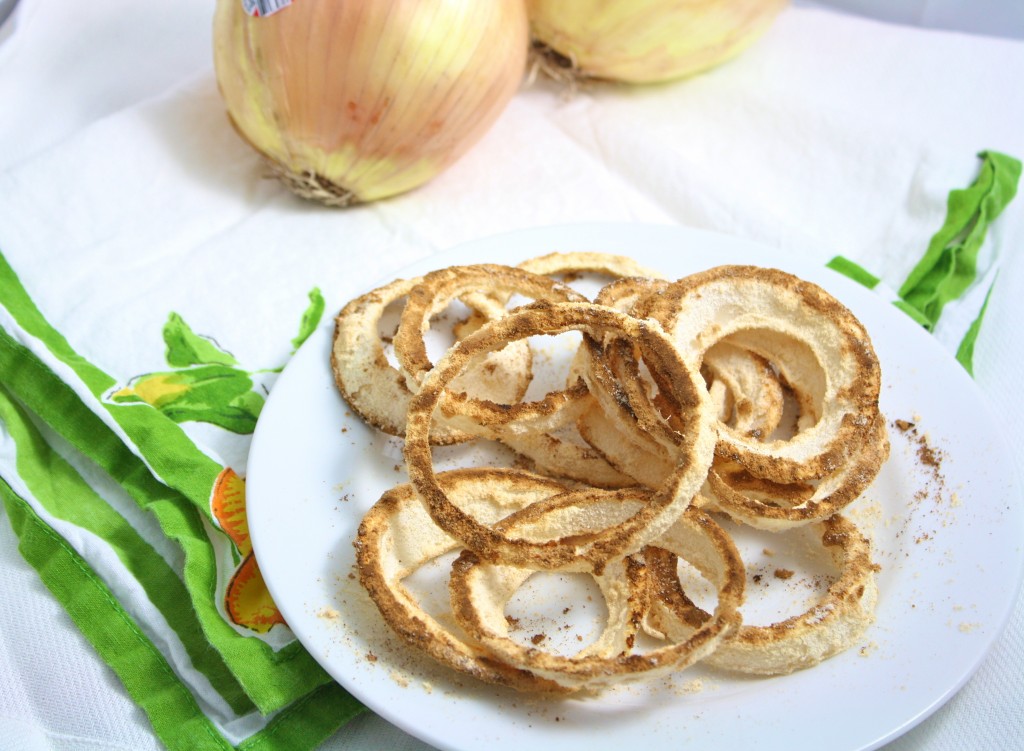 It started with my childhood infatuation with any and all things fried. Chicken, potatoes, and onions.

I loooved fried onions, but hold the onion. I just wanted the fried. What, like you didn’t just eat the outside of the onion rings, too? That’s what I thought.

But traditional onion rings got lost in my move to healthyland, so I had to improvise. And by improvise, I got a recipe and followed it. Talent, I know. 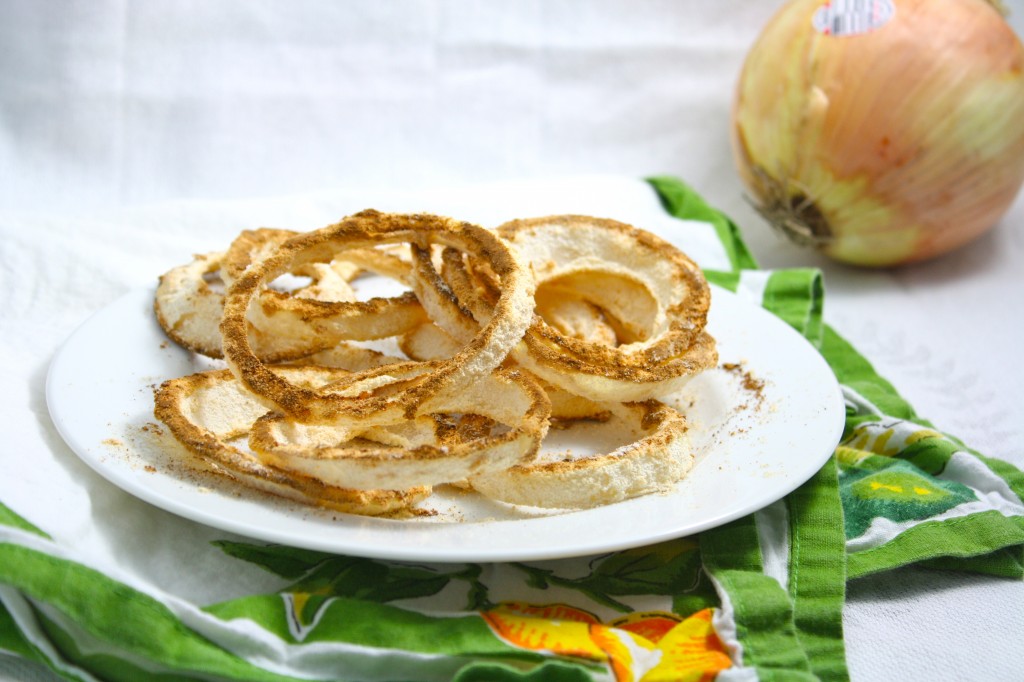 Has anyone heard of Hungry Girl? If you are a relentless stalker of the Food Network like I am, the answer is probably yes. She is an online email service providing recipes for low calorie and fat makeovers for traditional foods.

When I was losing my weight, I followed that site like a lost puppy looking for a scrap of cake under the table. (What? If I were a dog, I’d like to be one of the smart ones who goes after cake and not something gross like meat.)  Looking back on the ordeal, I know I should have focused on the nutritional value of the foods I was eating as oppose to how many calories they had. 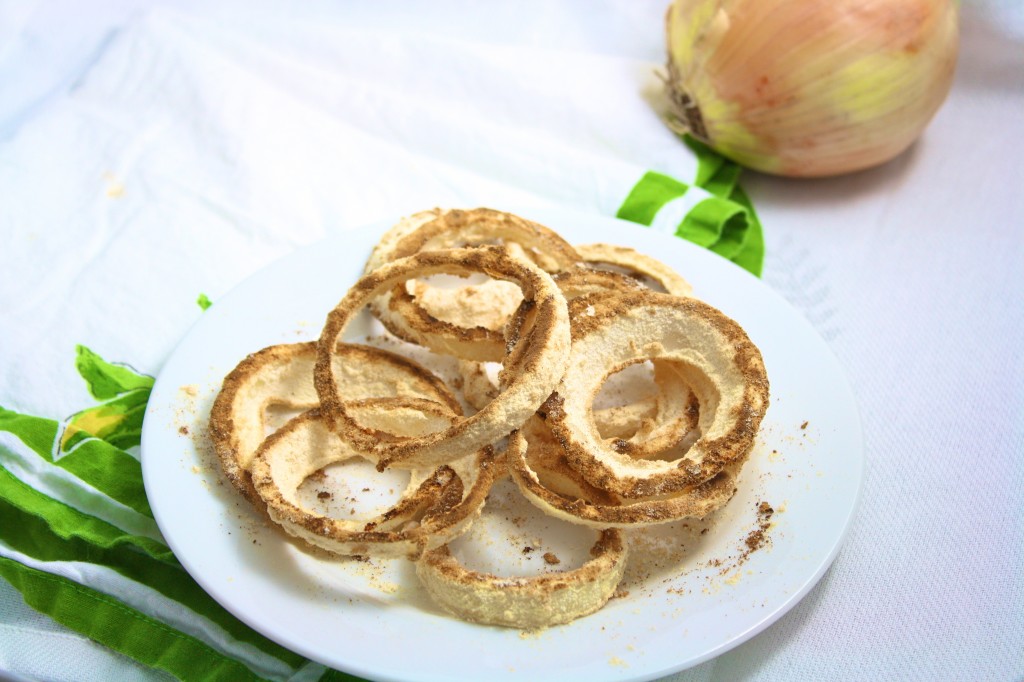 Anyway, I used to make this Hungry Girl onion ring recipe all. the. time. It was baked, and used fiber cereal instead of flour. A little odd, but very good, and I enjoyed them often.

But now that I have entered this low carb non processed montage, I improvised once again. This time, on my own accord. Using my bff coconut flour, I created the best onion rings in the land. 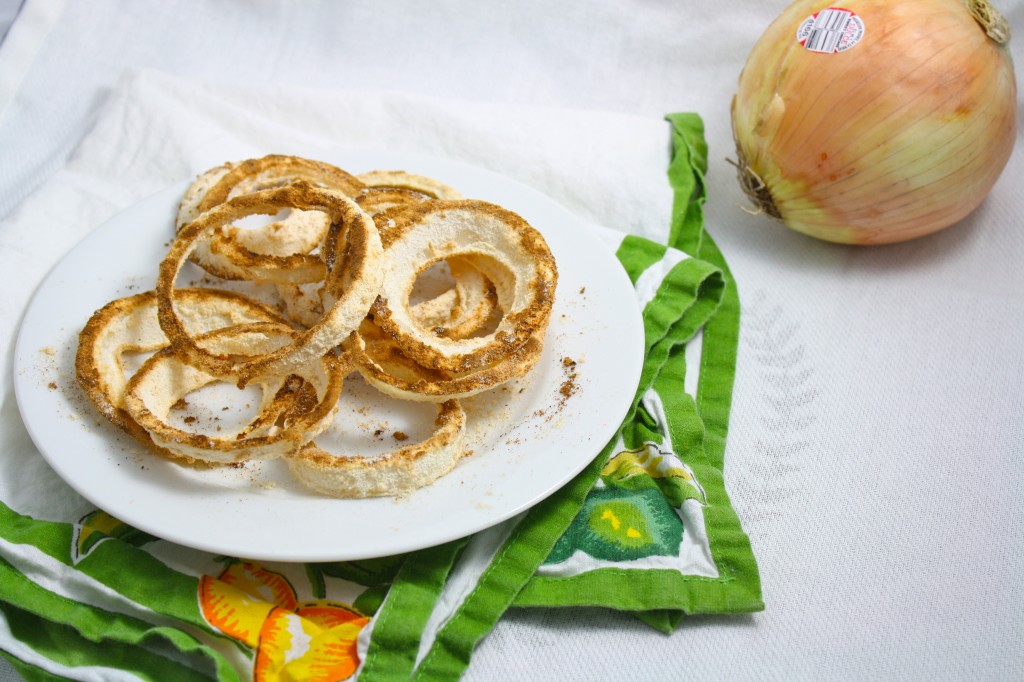 Don’t believe me? Well, they taste amazing AND they are gluten free, grain free, low carb, vegan, and less than 130 calories for the entire gigantic plate full. 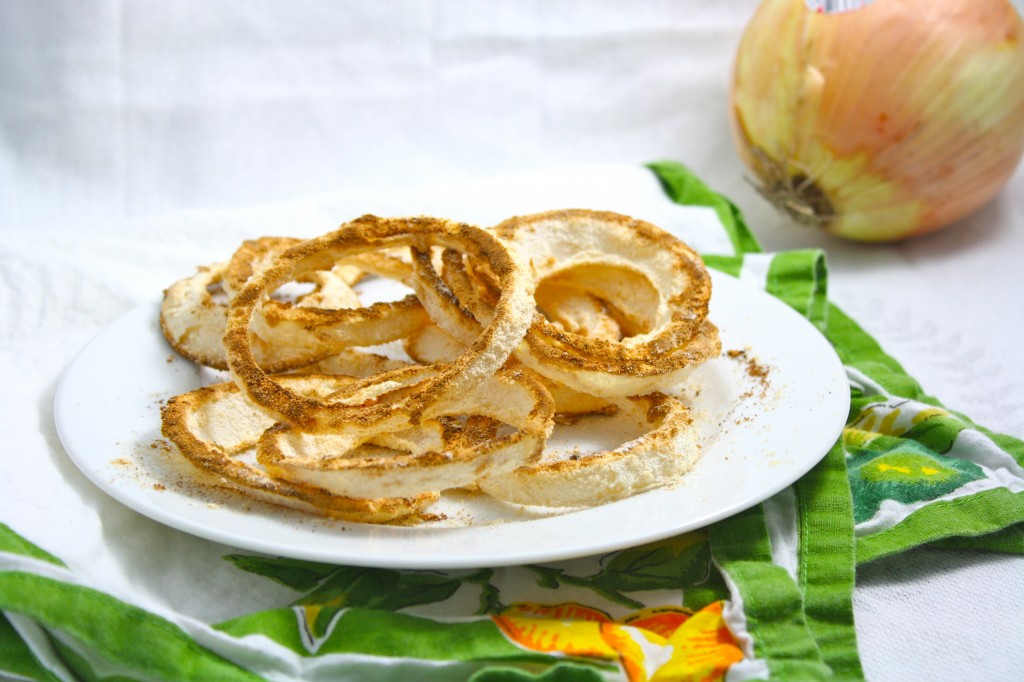 Note: How much coconut flour you’ll need really depends on the size of the onion. I used a medium onion and 1/3 cup of coconut flour, but I had quite a bit leftover. I would however, use the full 1/3 cup regardless because it is much easier to dredge when you have that extra bit of coating. If you don’t want to risk wasting a tablespoon of coconut flour, just start with 1/4 cup and go from there.

1 large onion, sliced and separated into rings (See note above)

Various other seasonings to throw in: (Optional.) 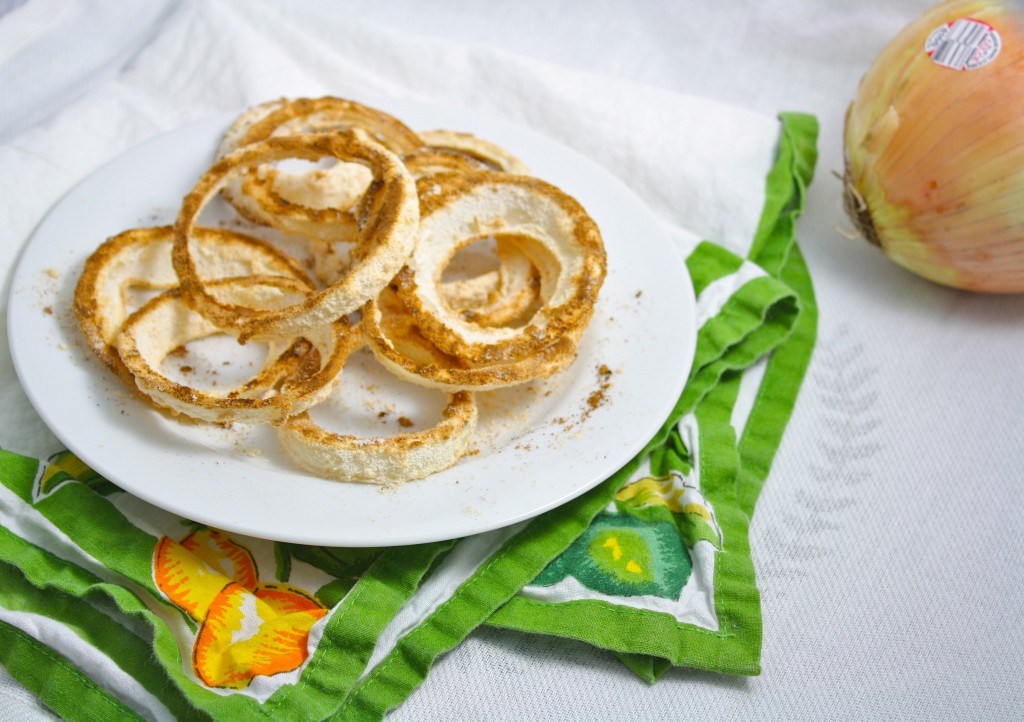 Don’t scarf them all down standing over the baking sheet like I do, I mean… did. I don’t do that anymore.